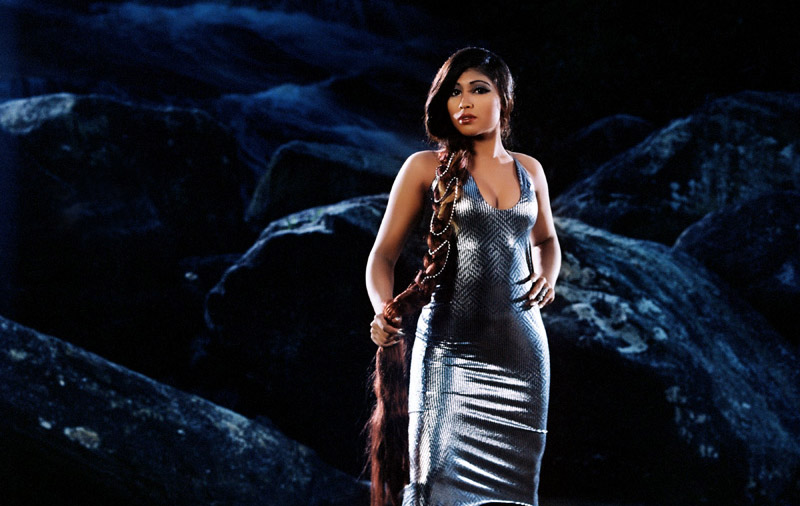 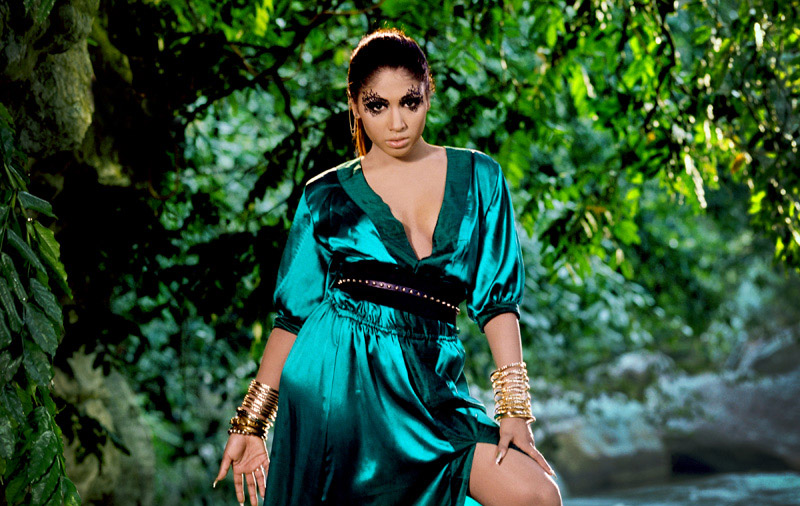 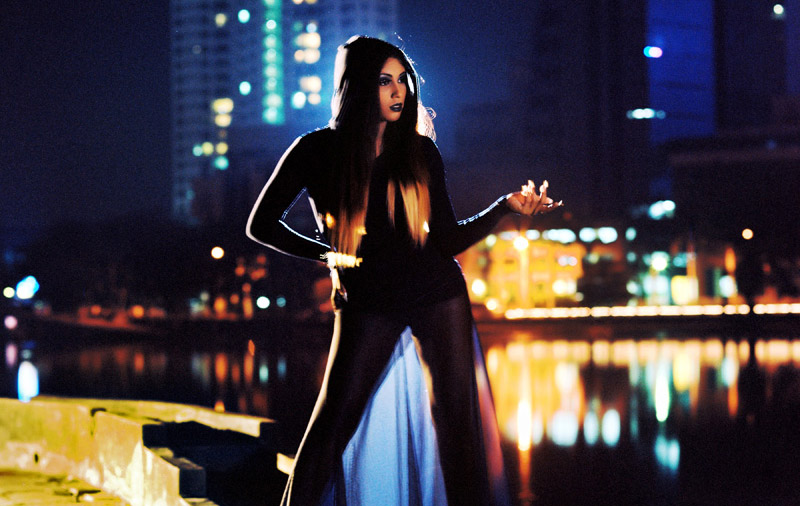 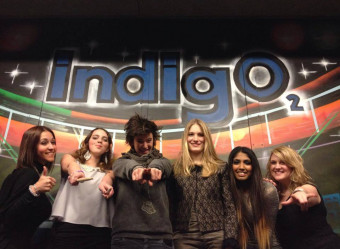 …so it’s been a while since I’ve updated my blog (because I tend to get emotional!) but I have been having some super fun and amazing experiences and I wanted to share with you all!

…so it’s been a while since I’ve updated my blog (because I tend to get emotional!) but I have been having some super fun and amazing experiences and I wanted to share with you all!

On the 9th of Feb I performed at the Indigo O2,  and it was such an amazing day!  When I pulled into the artist entrance, around the back of the arena, I just got chills thinking of all the unbelievable artists that have performed on the same stage – The Who, Usher and Dionne Warwick among others! For the event, I was performing with an all-female band and we were very excited that by the time we got to our dressing room, we were all buzzing so much that we had to go a little selfie-crazy!! 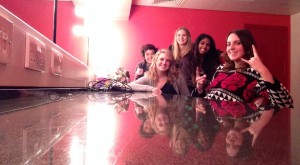 Anyway, me and the girls had our soundcheck, and after spending some time (over and hour) getting dolled up, we were ready to rock the stage…and thats where all the drama started! Just as the announcers were introducing our act, I suddenly realised that the keyboard wasn’t set up on stage! The beginning of my act was a rendition of (Verdi’s) Tocatta and Fugue in D minor, so the keyboard was pretty pivotal! So hidden behind the side-stage curtains, I shouted across the stage (and hundreds of people in the audience) to the stage-crew, who unfortunately could not hear what I was saying! I then proceeded to do my best charades-like impression of a keyboard (embarassing) – luckily, they immediately realised and set it all up, double-speed. But the drama wasn’t over just yet…the keyboard stand was stuck and they couldn’t lower it to my height – so the only option was for me to stand and play. Have you ever tried playing a literally virtuosic piano piece with 6-inch heels on?! It’s almost impossible! As I was frantically trying to think of someway to fix this but before I had a chance, the announcers finished their introduction and it was time to go on stage…

…so I put on my best calm and composed face and walked on-stage! Sometimes things happen that are out of your hands, so there was nothing I could do; but my job was to give an entertaining performance, and to leave the stage with the audience feeling a little happier.

In a split second of inventiveness; I tucked my leg underneath myself ,to prop myself up, and sat (one-legged) at the keyboard and performed like I’ve never performed before!

Honestly it was one of the most enjoyable performances I’ve ever had and the band were absolutely amazing! I feel very lucky to have been chosen to perform at Megamaalai 2014, and to be doing what I love for such a fantastic cause! 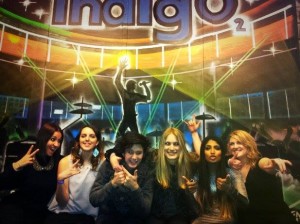 Thank you Indigo O2 for having me!

(A massive thanks to all who came to the show and watched the performance – it was well worth it and would definitely do it all over again!)

Check out the video from the performance: Megamaalai 2014 – Rachael Rajan

So days like today are the reason I decided to start writing a blog. When it comes to musicians/artists and their craft, fans enjoy the end result. Be it the performance or the original song or a video. Not many people understand …

So days like today are the reason I decided to start writing a blog. When it comes to musicians/artists and their craft, fans enjoy the end result. Be it the performance or the original song or a video. Not many people understand the amount of dedication, perseverance and disappointment one has to go through to achieve ‘perfection.’ This blog has been written to help people identify with what really ‘goes in’ to making an artist. The career of a musician is, to most people (sometimes including the artist), is an ambiguous one. There is no set template, no post-graduate job, and no secure future. That is the risk every artist takes. There are certain things you can control, but that is only to an extent.

I came to Sri-Lanka with the intention of filming 3 cover videos for my upcoming website. I had worked on these covers, to create something as individual and creative as possible, for a cover. I have never filmed any kind of video before. It is terrifying and exciting; the two words I would use to describe this entire career. We had planned the expertise of video director, to put this project into motion. We had 2 creative meetings to discuss concepts. I have spent just under 2 weeks in Jaffna (Rural North Sri-Lanka) doing charity work with my family and we are now back in Colombo (capital) ready to start the shooting. However today the video director quoted his price and maybe it was our fault for not stating our budget and/or his fault for not informing us before, but it was too high. Not ever having filmed a video before I was unaware of how much it would cost, for what kind of quality video I wanted. I should have done more research, this was my mistake.

Now I have 10 days to find a new video director, explain the concepts so that he understands (this is a particular issue with doing things abroad) find the locations and begin the filming. I am so worried that I cannot sleep or eat properly. This is something I value as being important to my career and has been planned to be released as a build up to the website launch in late November. If we are unable to do the videos, the website launch gets pushed back along with all the other things planned. Everything in this line of work needs to be timed to get the most optimum result for the input (work) I put in. At this point, regardless of how I am feeling, I have no time to be upset.

We have now scheduled meetings with several other video directors to begin this process again and see if we can come to a marriage of ideas, and the execution of those ideas, in 10 days. My first meeting is at 7am in morning. I must find a way to sleep.

Ok today’s plans nearly didn’t happen but luckily it all came together! I spent the majority of the day working towards the meeting. I woke up and my parents were leaving to go do some shopping so I ended up not …

Ok today’s plans nearly didn’t happen but luckily it all came together! I spent the majority of the day working towards the meeting. I woke up and my parents were leaving to go do some shopping so I ended up not having breakfast till lunch time =s. At lunch I decided to go for a walk, since I hadn’t left the hotel room all day, (and was beginning to get cabin fever!) to the supermarket down the road.

Now anyone who knows me will know that I NEVER walk around by myself in Sri-Lanka. This is for a lot of reasons, but the main one being the boys are pervy and I’m scared of them! So my difficult choice was between pervy men and cabin fever. I decided the men could be ignored, so I ventured out on my own. My entire walk to the supermarket consisted of maximum 5 minutes as I power-walked past all the wolf whistles and then realised there was no ready-made food as the supermarket, and immediately power-walked back. So hungry and disappointed I trudged back into my hotel room to find my parents just leaving again (to do more shopping). My mum reminded me that there was a Chinese restaurant on the roof of the hotel, so I spent my lunch on a ‘table for one’ (which was embarrassing to ask the waiter for!) editing music and eating prawns.

In the evening I travelled to the tailor’s house and finalised the designs. Then met up with the film director for the creative meeting.

All went well and I am feeling very happy about the meetings had today, and that we will be able to create something remarkable together!

Tomorrow we are leaving at 4am in the morning to go to Jaffna for 2 weeks in which all the planning for the video and stitching of the costumes will be done! I need to get some sleep right now!

A first for everything! 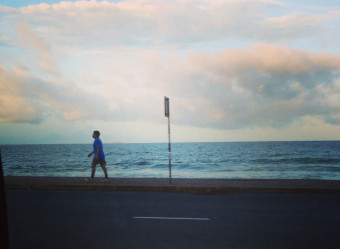 This is the very first time I’ve written a blog, I will do my best not to write complete and utter waste, and keep this interesting! I have decided to document my trip to SL to film the cover …

This is the very first time I’ve written a blog, I will do my best not to write complete and utter waste, and keep this interesting! I have decided to document my trip to SL to film the cover videos so that people can understand how much work goes into every little project. Our plane into Sri-Lanka arrived at 5am. I have flown along with my parents, as they wanted to have a holiday. Prior to leaving we decided that it would be a great opportunity to create content for the website coming out in late November. I decided on a set of songs I wanted to cover and we set goal date for when we wanted to get the videos of these covers filmed including finding people with the right expertise, practise time for the songs, designing the looks in each video and all the other aspects involved.

Now after all the practising and designing is finished, I will be having the first creative meeting tomorrow! I have never filmed a video before, or even acted on screen so I’m so excited and very nervous and will probably not get any sleep tonight! However I am very grateful for this opportunity to learn first hand and take my first steps towards learning this new skill.

I am working with a team that I’ve worked with before (for the photo shoot in January) and everything we planned last time turned out better than expected; so I’m positive the energy needed for people to get together and come up with something unique and visually dynamic will be present this time around too!

I spent most of today prepping for tomorrows meeting, however not before visiting McDonalds for lunch! (Had to be done). So now that I’ve had my fast food pick-me-up and everything is ready tomorrow; it’s off to bed! So unbelievably restless to see what tomorrow brings!